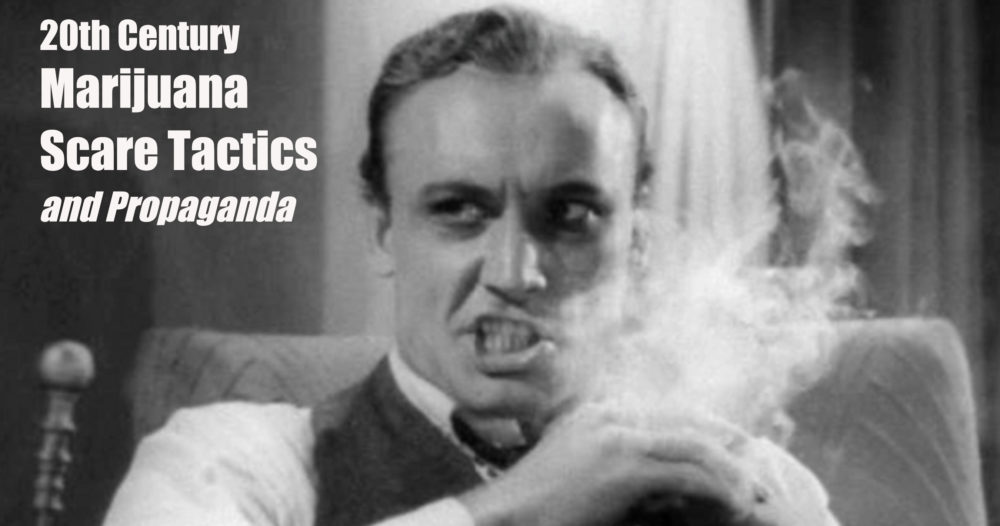 But the most absurd term for marijuana has always been “narcotic.”

Before the po-po became infatuated with marijuana – and by po-po we mean the police – the majority of Americans had no idea what the substance was about. Rumors, lies, and propaganda about weed swirled across the country with people mostly ignoring the facts: no one was dying from cannabis like they were from alcohol, pills, or even war.

2. Marijuana will produce a generation of dropouts

The various myths about the effects of the plant seem ridiculous in 2019. It was believed that smoking pot would destroy the ability of a teenager to secure higher – haha – education and move into adulthood. Well, one of those teenage stoners later became a Harvard professor and was elected president of the United States.

A work of propaganda by Alex Berenson entitled Tell Your Children: The Truth About Marijuana, Mental Illness, and Violence outlines observations about weed causing people to do such ridiculously horrific things like “cut up their grandmother and set their apartment on fire.” The logic he perpetuates goes something like this: “Marijuana causes psychosis. Psychosis causes violence, therefore marijuana causes violence.” Now that is insane.

Of course, closer to the truth is “users may watch hours of television and eat too much junk food.” The real threat is more about sodium intake and rising blood sugar levels – and most contemporary users understand this. We also now know that not every cannabis strain produces the same effects. Because better information is now freely available, consumers are able to make choices that suit their personal needs and preferences. Are you sad? Choose sativa flower. If you’re sleepless, go indica flower or edibles. The nuances of each strain are virtually infinite. Call Bud Man OC and talk to an expert budtender for additional details about the effects of various marijuana strains.

So smoke up, check your reactions, and find the cannabis products that work for you. Consumers now have access to accurate information based on scientific clinical trials – not just silly stories based on Reefer Madness propaganda. It’s 2019, and marijuana delivery is legal and convenient.