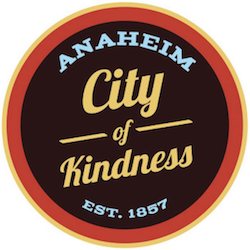 Welcome to Anaheim! Southern California’s legendary destination for amusement parks and fun in the sunshine! If need a 420 safety meeting while you’re visiting Disneyland, Knott’s Berry Farm, or checking out an Angels baseball game, we got you covered. Or if you live in Anaheim full time, lucky you! You can enjoy Orange County’s finest marijuana, cannabis, vape carts, and edibles delivered by the OC’s finest and most discreet weed delivery team: Bud Man OC. Whether you’re a tourist or a local, Bud Man Anaheim has the weed you need – and fast 420 delivery to any location in or near the “City of Kindness.”

We Deliver Cannabis to Your Hotel, Home, or Workplace in Anaheim

Find out why Bud Man Anaheim is the top marijuana delivery dispensary in Anaheim and Orange County. Our weed delivery drivers and cannabis experts guarantee your marijuana flowers, edibles, and concentrates deliveries are prompt and discreet. Sit back and order weed online. Your legal cannabis delivery will be there before you know it. Bud Man OC is a mobile marijuana dispensary in Orange County, California.

Premium Marijuana Products Delivered to You

Bud Man OC offers Anaheim a wide range of premium quality cannabis products – delivered to any home or hotel address in or near Anaheim, California – even your hotel or Airbnb! We stock your favorite, award-winning marijuana brands including Cannabis Cup award winners and other top-shelf cannabis labels. All cannabis products from Bud Man OC are third-party lab tested to ensure they are pesticide free, organic, and 100% pure marijuana flower.

Cannabis deliveries go out 7 days a week (holidays included) from 10am to 10pm. We can deliver weed to your hotel, home, or work address usually within an hour. Marijuana deliveries are made between 10am and 10pm. Call us between those hours, or order online around the clock, 7 days a week.

Anaheim, California has played an important role in the history of California and Orange County. Founded by German settlers in 1857. The city of Anaheim – which means “Home of Anne” in German – was incorporated in 1876. Anaheim’s economy was largely based on agriculture for the first hundred years of its history, but things changed when Disneyland came to town in 1955. Infrastructure built to support the theme park was swift and extensive. Hotels and restaurants alongside Disneyland formed a new economic backbone for the community, and the population began to grow rapidly. In 1961, the local Pacific Coast League baseball team joined Major League Baseball as the Los Angeles Angels. The team name was changed to California Angels in 1965 and changed again to the Anaheim Angels in 1997. The Angel’s home field has been Angel Stadium since joining MLB.

Things changed again for Anaheim in 1996 when Proposition 215 was passed by California voters. Prop 215 is the referendum that made marijuana legal for purchase, possession, and consumption for adult California residents with a doctor’s recommendation. Things were remained mostly constant in the world of marijuana and dispensaries until 2016 when California voters approved Proposition 64, which made all forms of cannabis legal to buy, possess, and consume for adults 21 and up with a valid government identification. We did it people! We now have 100% legal marijuana delivery in lovely Anaheim, California.

As the largest city in Orange County, California, Anaheim is home to a thriving marijuana culture and is represented by an impressive SoCal-sized following of cannabis enthusiasts. Bud Man OC loves you Anaheim weed lovers!