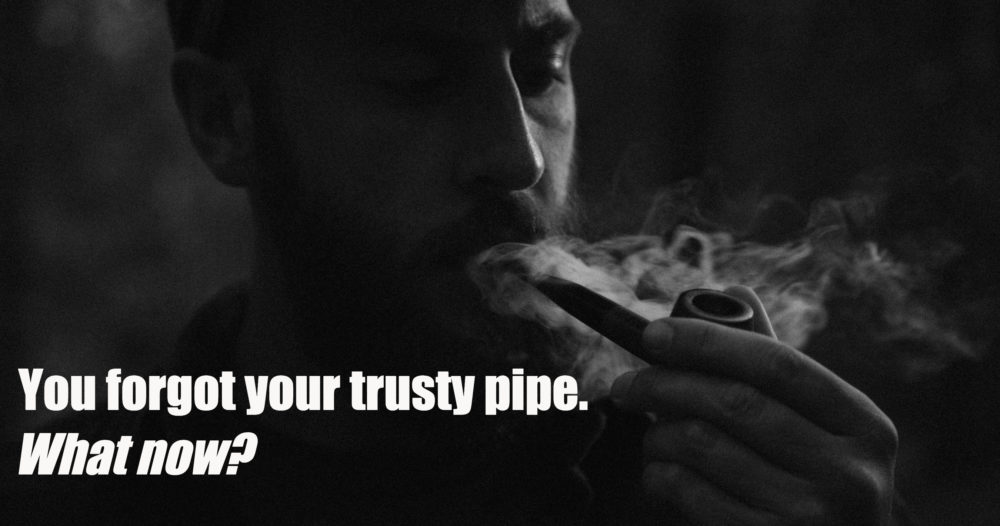 All you want is to do is get high. It’s 420 time. You’ve earned it after a day of stress, hassles, and tedium. You’ve dealt with some gnarly responsibilities, and you finally, finally found some weed and a cozy spot. Now it’s time to sesh. But wait, it can’t be, but it is – you’ve forgotten your smoking device. You don’t have any papers. What are you going to do?? Maybe you’re traveling, or you’re just not at your usual abode with your usual tools. Maybe you’re about to visit a theme park in Orange County and just realized you forgot your fun bag. No matter the scenario – and most of us have been there – not having a smoking utensil is a problem, and it needs to be solved with haste and ease.

A person who needs to get high can be very creative. Doesn’t matter if you’re not usually creative in any other part of your life, you will be now. You look around at what you’ve got. This will take some work, but you’re up for the task. Just in case you have a mental roadblock, read up on these three classic, ad hoc weed pipes.

There is always a way to get high in Orange County, CA with enough ingenuity. Successfully creating your own smoking tool is a high all its own. When you have solved a fundamental 420 engineering problem, you feel like you’ve beat the system. Win!