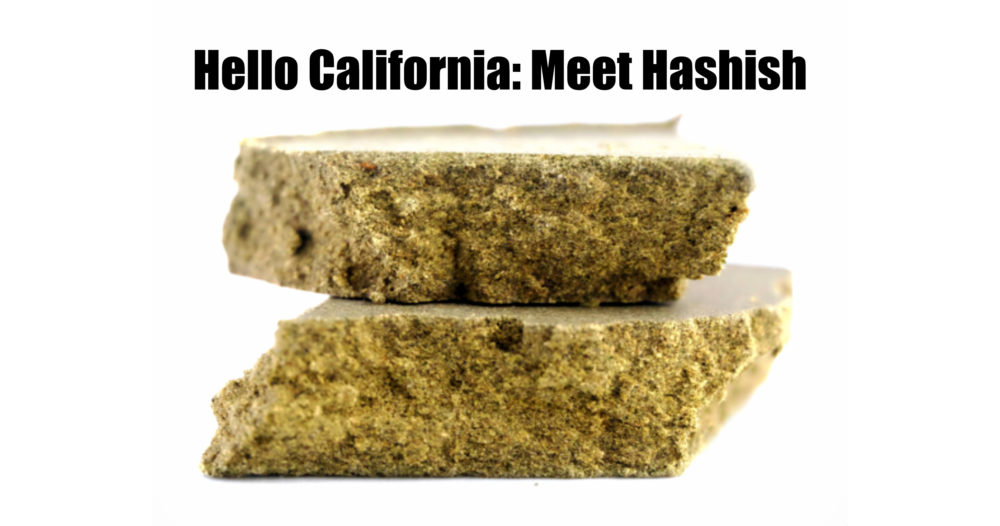 Do you enjoy a fast and robust high as much as we do? If the answer is an enthusiastic yes, we have a treat for you! Hashish, or “hash” for short, is one of the oldest forms of cannabis production and consumption – and possibly the most unfamiliar legal marijuana product to weed lovers in California.

Hashish, aka hash, is derived from resin of the cannabis plant. While hash remains illegal in many parts of the world, this solid form of marijuana is legal to consume in California. You may be asking, "What makes hash so special?" You’re about to find out.

Hashish is a cannabis concentrate and contains highly potent tetrahydrocannabinol and cannabidiol mass. The hash product is composed of compressed or purified preparations of stalked resin glands, called trichomes. This process makes hash a lot stronger than your regular flower. And we think that's special.

You can smoke hash out of a pipe, bong, or joint like you would with regular flower. But keep in mind, pure hash probably won’t burn well alone. Not to worry, it's typically mixed with other herbs like weed, herbs, or tobacco.

Where does hash originate?

It's hard to pinpoint an exact date and place, but we do know that hash has been around for centuries with roots in India. Charas is the Hindustani name for hashish made on the Indian subcontinent. The cannabis plant grows wild in northern India and Pakistan. The difference between charas and hashish is that hashish is created from a dead cannabis plant, and charas comes from a living plant. Charas refers to the method in which hash is made.

What is the difference between kief and resin?

Kief and resin are all part of the marijuana plant with a few nuances.

Resin is what makes marijuana sticky. If you need a visual, you can compare resin to tree sap. Resin is a gooey plant byproduct. Cannabis resin contains the hair-like structures called trichomes.

Kief refers to the bulbous, crystal formation on the tip of the plant's gland. The kief substance itself is just one part of what is called a trichome or a "hair." These tiny hairs help protect the plant from insect predators. If you have a three-chamber grinder, the third chamber can be used to collect excess kief. You can add this potent dust to the top of your bowl of herb for an extra strong THC kick. This process is called crowning the bowl.

What is the difference between pressed hash and bubble hash?

Depending on the preparation method and room temperature used when making hash, the end product may be solid like a chocolate bar or soft like an eraser. Pressed hash usually results in a solid form. While water-purified hashish, often referred to as bubble melt hash, creates a paste-like texture in the final product.

The color of hash can vary from yellow, tan, brown, black, or even red. The color differs based on the process from which it's created and the chlorophyll produced by the particular plant.

Where can you buy legal hash?

Hash is super strong compared to weed, but it is an easy and effective way to get high fast. Aren’t you lucky to live in Orange County, California! At Bud Man, we've got your hash in stock and ready for delivery in SoCal and the OC area. Order online and get prepared to quarantine and chill.