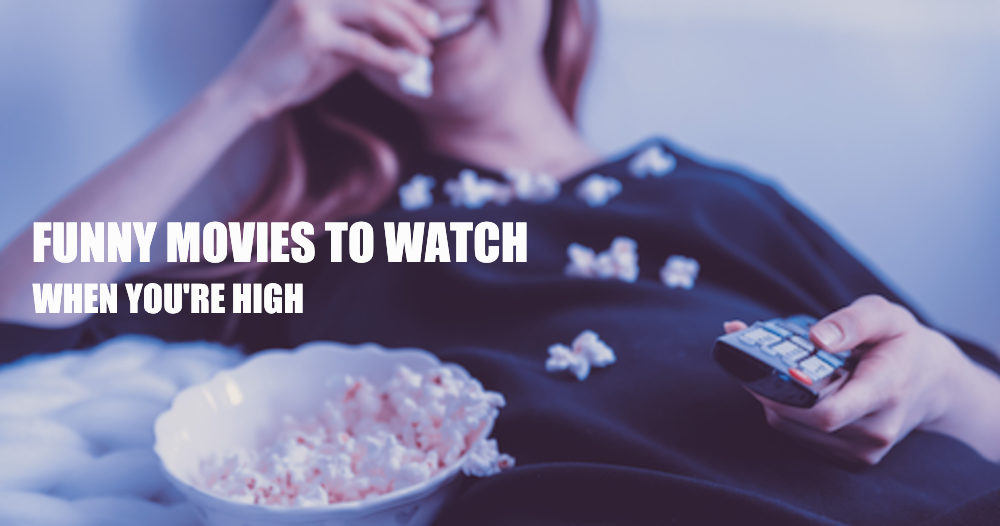 As Mel in Jackie Brown, Bridget wears a bikini in her stoner scenes, barely able to get it up enough to get dressed. Samuel L. Jackson plays her sugar daddy, so she doesn’t have any responsibilities, all she really wants to do is take hits from the bong. Which we love.

Sam Jackson as Ordell: You gettin’ high already? It’s just two o’clock.
Mel: It’s that late?
Ordell: You know if you keep smokin’ that stuff, it’s gonna rob you of your ambition.
Mel: Not if your ambition is to get high and watch TV.

Bridget Fonda is so lo-pro she barely gives interviews, much less talks publicly about marijuana. Her famous family is famous for getting high – hello, Aunt Jane and hot dad Peter – so one can surmise that she’s probably not anti weed.

Some say this is the scene that propelled Brad Pitt to superstardom – which makes it even funnier. He did such a great job in a stoner scene, so authentic and natural, he appeared to be an amazing actor. But perhaps it’s just because he’s an actual stoner.

A group of gangsters enter Floyd’s apartment carrying machine guns. Floyd is so high, all he can do is laugh when he sees them. He offers them a bong hit out of his homemade Honey Bear bong. They decline and he takes offense. After they leave, Floyd has one last thing to say (after the door has closed):

“I wanted to smoke a joint with Jack and Snoop and Willie. You know, when you’re a stoner, you get these really stupid ideas. Well, I don’t want to indict the others, but I haven’t made it to Willie yet."

In one of the best movies ever made, Diane Keaton’s character Annie says in a favorite scene that she needs to get high in order to have sex with Woody Allen’s character Alvy. He takes offense, but she’s like, “Sorry” and reaches for it anyway. When he blocks her from smoking, you see her leaving her body—as if she can’t be present unless she’s high. Must be boring to boing Alvy.

Annie: Have you ever made love high?
Alvy: If I have grass or alcohol, I get unbearably wonderful, too wonderful for words.

How real is that. Woody Allen has always given the impression that he enjoys not enjoying things. That’s who he is, and that’s the opposite of the ever-smiling Ms. Keaton.

Diane Keaton has never spoken publicly about smoking weed, except to mention that she did it in junior college, plus some peyote and MDA later down the road. She’s so cool, she doesn’t need to talk about it. Take a cue.