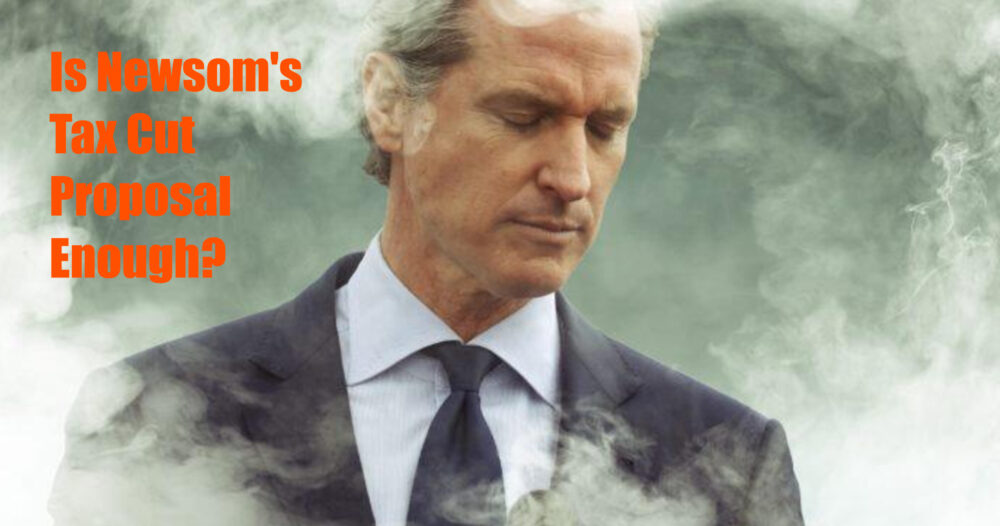 The California marijuana industry in 2022 is burdened by whopping tax rates. Fees start with a $10.07 flat tax on every ounce of dried cannabis produced, which is in addition to a 15% statewide excise tax as well as as well as local cultivation, manufacturing, processing, distribution, and retail taxes. All taxes are ultimately passed on to the consumer, which means prices for legal weed are significantly higher than black market prices for the same cannabis products. Consequently, the legal marijuana industry is struggling to compete with the discounted prices available on the illicit market.

Governor Gavin Newsom has proposed eliminating the statewide cultivation tax to provide relief for retailers and cultivators. If adopted, the tax cut would provide an opportunity for retailers to lower prices for weed lovers – and according to projections, the tax cut would actually increase state revenues by nearly 123% by the year 2024 due to increased sales.

At first glance, Governor Newsom's proposed tax cuts appear to be a reasonable step designed to help the legal marijuana industry, but we are skeptical the measure goes far enough. While the proposal is associated with some anticipated positive outcomes, it’s going to take significantly more tax relief to make legal dispensaries competitive with the untaxed black market – especially when the weed quality is essentially the same.

Benefits off the Cultivation Tax Cut

Criticisms off the Cultivation Tax Cut

According to a study from The Reason Foundation, Oregon enjoys the lowest industry taxes among all legal marijuana states, along with the greatest success in combating illegal market actors. California has fewer cannabis storefront dispensaries per capita than Oregon, Colorado, or other legal states – which provides a money-making opportunity for black market entrepreneurs. The objective of tax cuts and grants is help legal cannabis operators thrive in the regulated market as well as encourage legacy dealers to enter the legal market. If Newsom’s plan is enacted by lawmakers, it could take effect as early as July 1, 2022.

Shop online for our competitive prices and unbeatable selection.