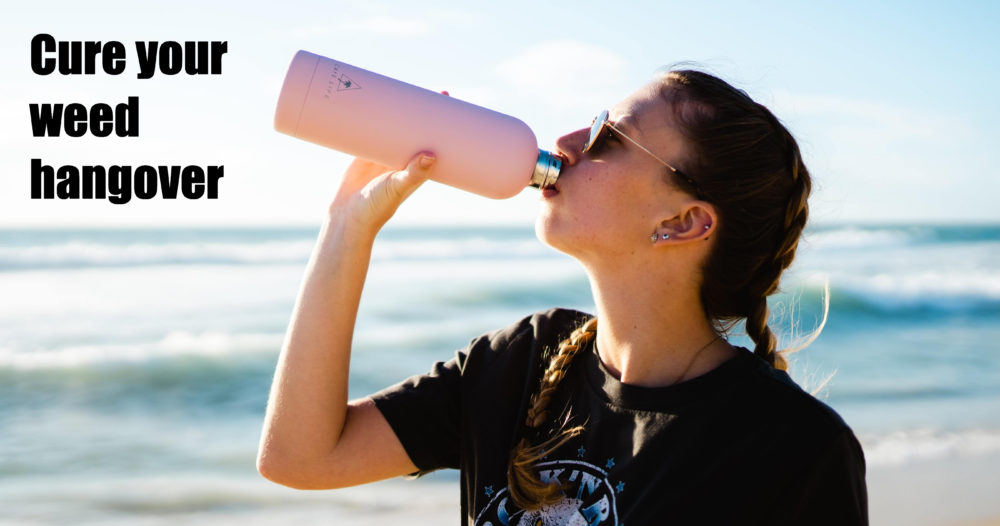 So you finally got your hands on an edible for the weekend, you sly devil. You wait until Sunday afternoon to scarf it down and you have a wild time. That is, at least until the next morning when you wake up and you can’t quite pull yourself out of bed because you know, deep down inside, you still feel kinda high.

This is what some refer to as a weed hangover, and while it’s nowhere near as bad as an alcohol-induced one, it can still make it difficult to function. With a weed hangover, you’ll feel fatigued, irritable, and groggy – meaning you’ll feel less productive throughout the day. So if you’re looking to pull yourself out of the funk and get back on with your life, try these tips.

If you’re lucky enough to have a flexible work schedule, it might be best for everyone involved if you just stay in bed for a couple more hours. As with any hangover situation, the more rest the better. Going in to work still feeling high only means more spilled coffee and other mistakes. You don’t want the higher ups to notice, do you? So, do yourself a favor and just clock in after your head clears up.

If you’re like the rest of us and cant show up late to work without getting busted, you’ll have to deal in some other ways. A high protein breakfast (think eggs, lean meat, yogurt) is a solid first move. This tells your body that party time is done with. Some people say that caffeinated beverages should be avoided since they are known to worsen some symptoms of a hangover, while others say it helps the recovery process. It’s up to you to find out how it works for you.

Surprise, surprise! As you might imagine, staying hydrated is key. Instead of downing sugary energy drinks all morning, you might consider knocking out a bottle (or four) of good ol’ regular water by noon. However, don’t starve yourself of caffeine if you need it. Nobody wants to deal with a grumpy jerk. That said, though there is no evidence that weed causes dehydration, water seems to shorten the duration of a weed hangover.

Get Your Body Moving

If you’re one of the wild types that that gets out of bed and runs a few miles before work, you are far ahead of the game already. The benefits of exercise are already well documented, and it’s also great defense against a weed hangover. Even if working out isn’t your thing, a simple walk around the block after breakfast gets blood pumping, helping to quell the lasting effects of that edible. Sometimes, if your job is physical enough, it’ll suffice. Those with an office job might need to put forth a little more effort.

The good news is marijuana hangovers do not last long. It is the kind of deal where the afflicted can expect to start feeling normal within a couple of hours. Still, you might want to think about cutting that edible in half next time!