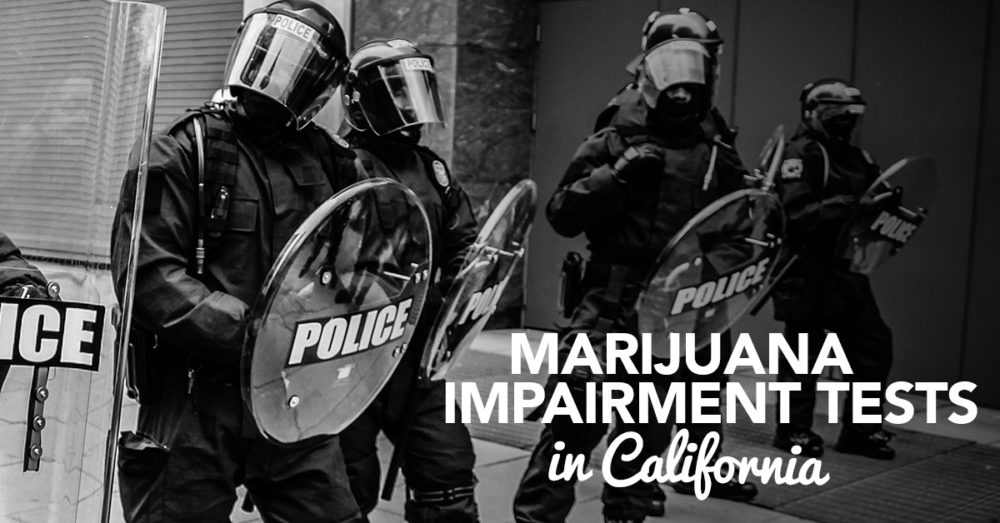 DUI checkpoints, breathalyzers, roadside sobriety tests… the list goes on and on — when it comes to testing for drunk driving. But what about cannabis? As it stands, under California law, it is illegal to drive under the influence of marijuana. So how are California police checking for signs of high driving?

With the legalization of recreational marijuana, many national, state, and local lawmakers are scratching their collective heads when it comes to regulating cannabis. Issues like how to monitor production, sale, consumption, and more all need to be decided on.

Marijuana, unlike alcohol, is not as easy to check for while driving. While it’s not as easy, it’s not impossible. As time passes, new technologies and new laws will come to play in order to detect marijuana-impaired driving. It is in all of our best interests to:

Check out the current ways as well as future plans that police are/will be enacting in order to spot weed-impaired drivers.

If you’re driving erratically, you’re likely to be pulled over. On these occasions, deputies will take stock of the situation to access any potential driving impairment. They might look through your windows with a flashlight for any marijuana paraphernalia. They will also take notice of any odors emitting from within the car.

The Eyes Tell a Tale

When police pull people over and they suspect marijuana-impaired driving, they’ll take a look at their eyes. If there are signs of dilated pupils, bloodshot eyes, and eyelid tremors (when eyes are closed) then the police are most likely going to consider this a marijuana-impaired situation. And of course, let’s not forget the obvious signs of red or watery eyes that infamously accompany weed use.

In addition to clues from the eyes, the rest of the body can also spill secrets of high driving. Deputies are also trained to look for bumps on the tongue caused by smoking, an elevated pulse, and body tremors in cases of suspected marijuana use.

Field sobriety tests aren’t only used to test drunk driving. In incidences of suspected high driving, field sobriety tests are also given — but they do differ slightly. For example, a stoned person may be able to walk a straight line just fine, but they’ll likely display difficulty crossing their eyes. And because of an elevated heart rate and blood pressure, they may demonstrate an inability to follow complex instructions.

The Tools for Testing

With the steady legalization of marijuana, there’s a demand to develop a breathalyzer-type tool to test for THC. The goal is for police to be able to test for THC immediately and on the spot if drivers are stopped — similar to how current breathalyzers work for testing alcohol.

LAPD has been experimenting with a saliva-swabbing device to detect THC but there are only four in circulation so far. There are plans in place for more devices.