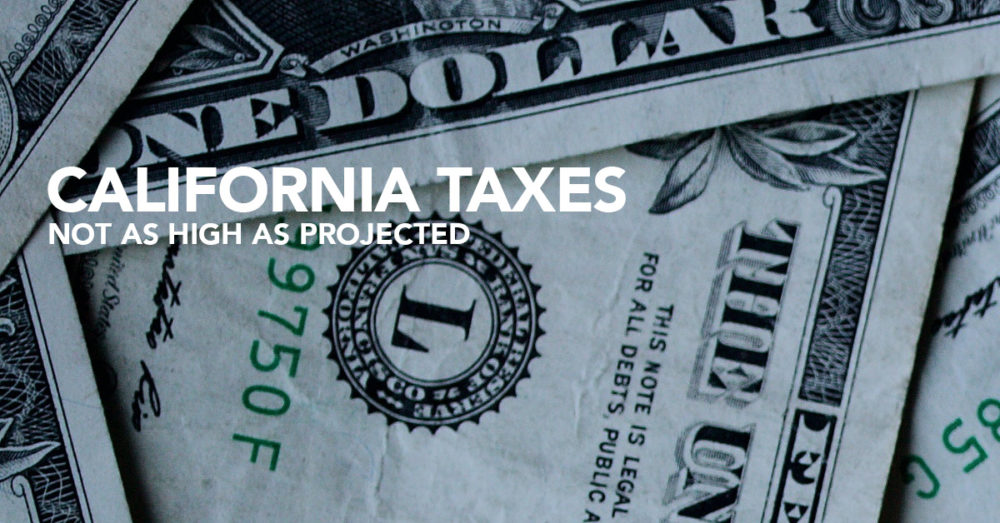 Regardless of your personal motivations about weed legalization, it’s important to note that many Californians voted to fully legalize cannabis for its potential tax gains, looking to reap the same benefits as other legalized states like Colorado.

Home of the Mile High City, Colorado legalized recreational marijuana in 2014 and are boasting tax revenues of $500 million and beyond — with that money being used to better the community. More than half of Colorado’s tax revenues go directly to the betterment of public schools and local homeless outreach programs. This is a very promising and profitable case study in which California is obviously looking to follow. But for some reason, California’s gains aren’t quite meeting expectations…

According to KQED, California projected revenues of $185 million during the first six months of legalization, but “During the first quarter of 2018, the state collected only $33.6 million from its 15 percent tax on marijuana sales” — far from on track.

Potential Reasons Why California Tax Revenues are Coming in Short

Too High of Taxes

Many contribute the low revenue gain due to too high of taxes. For example, when customers purchase from a Los Angeles dispensary, they pay the expected sales tax, in LA that’s about 9.5 percent. And then the local cannabis tax is tacked on, another 10 percent. And then there’s the state’s 15 percent excise tax — you don’t have to be a math whizz to see that buying pot in California can really add up.

But wait, there’s good news! There’s a bill making its way through the state Assembly to lower the state’s tax rate from 15 to 11 percent. Fingers crossed.

Too Low of Legal Competition

There are still many users that buy on the black market. And without the need to meet taxes, product safety regulations, and general law-abiding rules, the black market operates as its own beast — and right now, that means a lower-priced option (albeit much less safe). In time, as more and more businesses become legally licensed, the market is expected to better regulate itself on a competitive level.

Another reason for the lower-than-expected tax revenue could be that California is simply late to the game. Pioneering states like Colorado and Washington were willing to take on the risk of recreational legalization and are very obviously reaping the rewards. From increased tourism dollars, skyrocketing weed tax revenues, spiking populations, and tons of new job growth — it’s safe to say they bet on the right horse. And as more and more states join in on the green rush, the so-called rush simmers down to a lull, with many people no longer needing to travel and/or relocate for legalized cannabis.

While the tax revenues are lower than projected, there is still much to celebrate. California is a proud, legalized state. In addition to its natural beauty, strong cultural values, and entertainment attractions, pot is totally legal for sale. Although it may take a bit of time for the industry to steady itself, it’s still a great time to be in California.